Best Free and Paid DAWs for Beginners and Pros 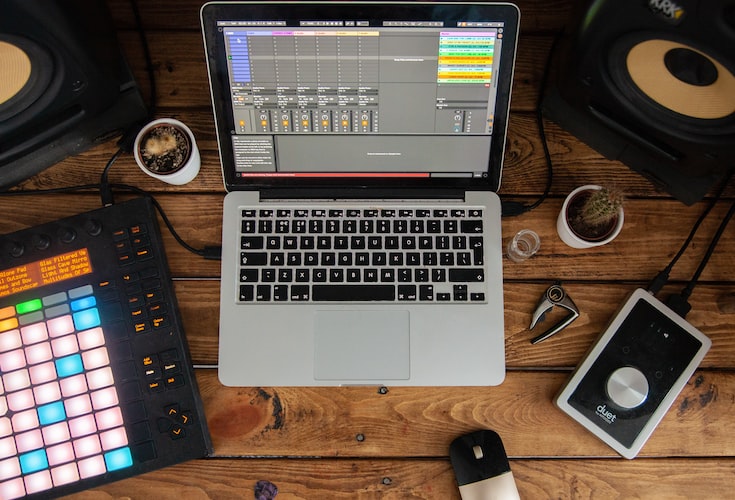 A producer’s best friend is their digital audio workstation or DAW. It is the software they use to make and record music.

Though they are not all created equally, and in many cases, you get what you pay for. Choosing the right DAW for you will depend on your budget, your musical interests, and your computer software. In fact, many producers use different DAWs depending on the job at hand, as they each have their own strengths and weaknesses.

In this article, we will go over the best DAW for beginners, the best free DAWs, and our top picks for the overall best DAW for today’s modern producer. But first, let’s look into the actual purpose of a digital audio workstation. 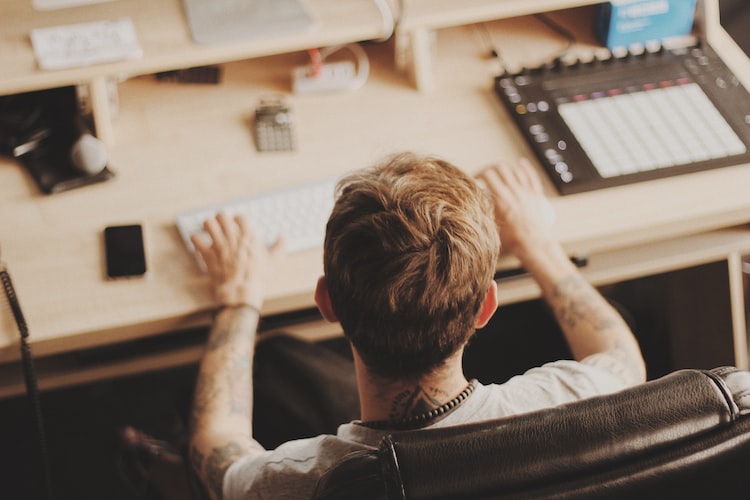 What Exactly is a DAW

In 1978, Soundstream built what many deem as the first digital audio workstation. A few decades later, dozens of DAWs began to surface as technology grew, as well as its role in the creation of music.

In essence, a DAW is a software program that allows you to produce, record, compose, mix, and edit audio and MIDI. Most DAWs exist as a single program on a computer, but more complex ones exist as a configuration of multiple components controlled by a central computer.

A good DAW allows you to combine and mix different sounds on a time-based grid. In addition, most come stocked with several audio & MIDI effects and plug-ins which allow you to manipulate and reinterpret sounds. 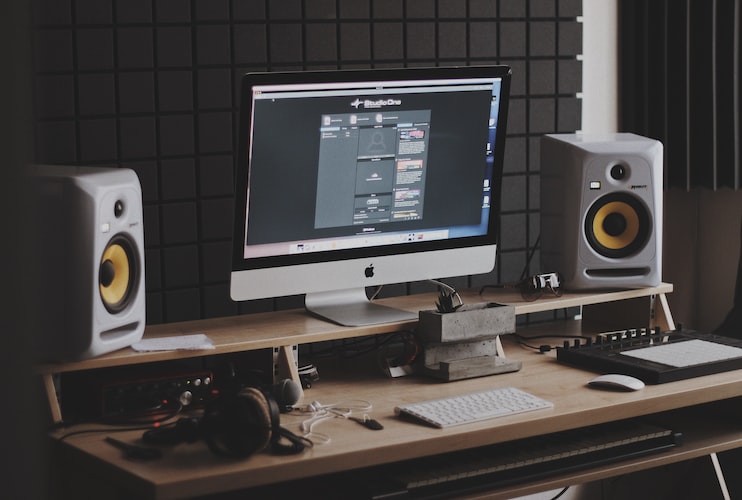 What Should You Look for in a DAW?

Now that there are so many different DAWs on the market, it can feel incredibly daunting to choose just one to invest in. In some cases, it will simply come down to your computer—for example, if you have a Windows computer, you won’t be able to use Logic, as it’s Mac only.

On the other hand, your budget will dictate the quality of the software. There are free DAWs that can provide some good basic tools for producing, but at some point, you’re likely to run up against a wall. Most paid DAWs like Ableton or FL Studio have different price tiers, allowing you to use the software at a discounted rate, but with less access than the full versions.

Most importantly, your goal as an artist should be front and center in your decision. If you know you want to perform live, then it’s likely Ableton will be your best bet. If you care most about tracking audio and engineering, Pro Tools will be more up your alley. In most cases, you can utilize a free trial of the DAW you’re interested in, which will give you a brief opportunity to explore and see what works best for you.

Most DAWs can do a little bit of everything, but there are significant differences in their capabilities, and we’re here to break them down for you. 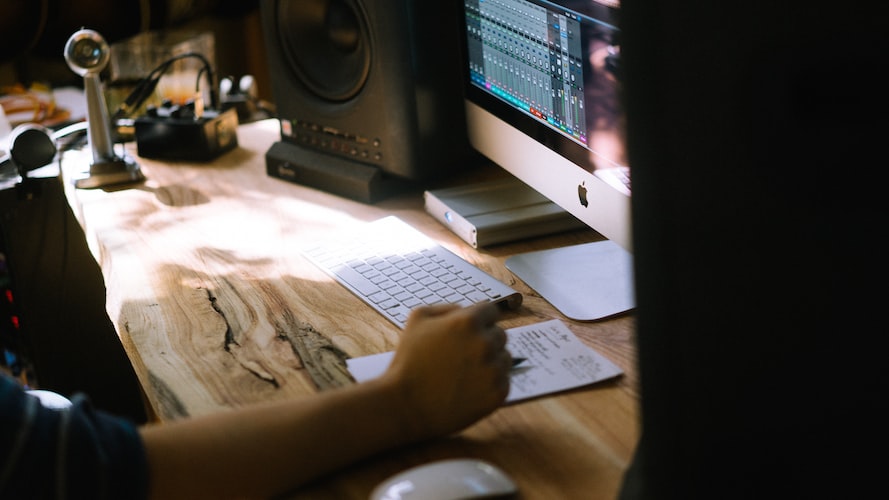 Like most things in life, if it seems too good to be true, it probably is, and this might include using complex software like a digital audio workstation for free. However, if you’re a beginner or just looking for some basic audio editing, there’s often no need to spend hundreds of dollars on an expensive program when a free one can do the trick.

Here are our top picks for the most versatile and resourceful DAWs that will cost you nothing to begin using today:

GarageBand is one of the most popular music software programs, and for good reason.

It is Apple’s stock music-making tool, and it has earned its reputation as being the industry standard for DIY musicians on a budget. It is unfortunately just for Apple users (sorry, Windows).

While it’s not as sophisticated as its advanced counterpart, Logic Pro, GarageBand is one of the best DAWs for beginners and features some pretty complex features. It has a decent selection of virtual instruments, audio loops, and various sounds.

CakeWalk is a free version of SONAR Platinum — minus the third-party software — for Windows users.

Like SONAR, it comes with many of the same effects: equalizers, compressors, limiters, and more. It has VST plug-in support, Bluetooth MIDI, and an analog console-style virtual mixer. The one caveat is that you have to first install the BandLab Assistant software and sign up for a free BandLab user account.

CakeWalk is a great choice for Windows users who want to get into production but aren’t quite ready to spend the money on a more advanced DAW.

Studio One Prime by PreSonus is an excellent starter DAW. It comes with 1.5 GB of royalty-free, unlimited audio tracks and mixer channels, time-stretching, multi-track comping, advanced automation, and more.

The main drawback for many Studio One users is the lack of VST plug-in support. Songwriters or bands will likely get the most use out of this free DAW because of its unlimited tracking and mixing abilities.

For many, Pro Tools First is an attractive choice when it comes to freeware because of the DAWs reputation. After all, Pro Tools is an industry-standard.

The free version includes AAX plugin support, numerous audio recording and mixing tools, over twenty native effects, and more. However, it only allows you up to sixteen tracks and four audio inputs per project. It’s also a pretty big CPU and storage hog, making it not the best choice for those with a slower computer.

Waveform Free is particularly helpful for electronic music, as it’s capable of loading virtual instruments and comes with tons of creative MIDI features that were created to be easy for beginners to understand. 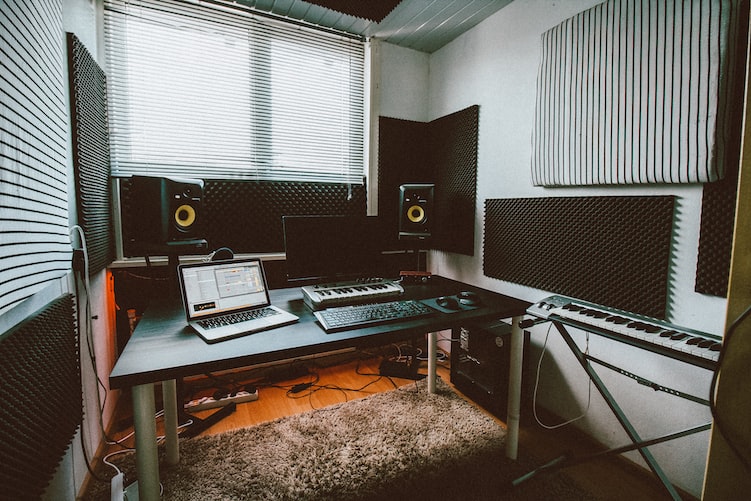 For producers who are more serious about their work and are willing to spend a little extra money for fewer limitations, investing in a high quality DAW is one of the best ways to grow your work.

Imagine cooking in a small cramped kitchen with one pan and a plastic spatula, then being upgraded to a huge professional kitchen with an endless array of state of the art equipment — upgrading to a full suite version of an industry-standard DAW can seriously upgrade your music.

While it might be frustrating having to spend hundreds of dollars on a piece of software when freeware is out there, we believe it can make a significant difference in not just your music, but your workflow and overall approach to music-making. With that being said, here are our top picks for paid DAWs.

Ableton is becoming a household name in the music industry, despite its early start as primarily a live performance tool. Today, it is the industry standard for live electronic music, but it’s quickly becoming a popular DAW for producing, mixing, composing, and more.

Equipped with built-in sampling and synthesis plug-ins, hundreds of virtual instruments and effects, and top-notch workflow design, it is one of the top DAWs out there. Its session view is perfect for triggering clips and loops live.

Logic is one of the most affordable high quality DAWs available. At just $200, it beats out all its competitors in terms of bang for your buck, however, it is only available for Apple users.

It comes with a wide variety of plug-ins, high quality audio loops, and a formidable arrangement view designed for easy workflow and composition. It is arguably one of the most commonly-used DAWs in music today, especially with Apple being the most musician’s choice of computer.

Logic is great for just about everything, but best for artists who want to track and record audio, as well as get creative with unique production and mixing methods.

Pro Tools truly is the industry-standard DAW. It’s the software of choice for nearly every professional studio. For engineers and recording artists, there are few competitors.

However, Pro Tools has never quite made a splash in the bedroom producer community. For those looking to create sample-based electronic music with a heavy emphasis on creating music solely on your laptop, Pro Tools might not be the way to go.

It’s best used as a tool for recording and mixing audio in a studio setting, though it is versatile enough to achieve anything you want it to, don’t expect the workflow experience to be as seamless as other DAWs like Ableton or FL Studio.

FL Studio was originally known as Fruity Loops. It became a staple in the world of hip-hop production. In fact, many prominent hip-hop producers like Metro Boomin still champion the DAW today. It was at first only available to Windows users, but now it has expanded to Apple users, too.

It comes with a plethora of plug-ins and high quality sound design tools, making it one of the best DAWs for producers out there. Specifically, FL Studio is a mainstay for beat makers and loopers. Its unique workflow allows for quick and easy production of good beats and electronically-driven compositions.

As one of the first commercially available DAWs, Cubase has a long reputation as a production favorite. It was originally intended for just MIDI use, and as a result, it has some of the greatest MIDI editing capabilities.

While it may not be as popular as some of the newer, flashier DAWs, Cubase is a historical software that can compete with any of the more modern DAWs out there. 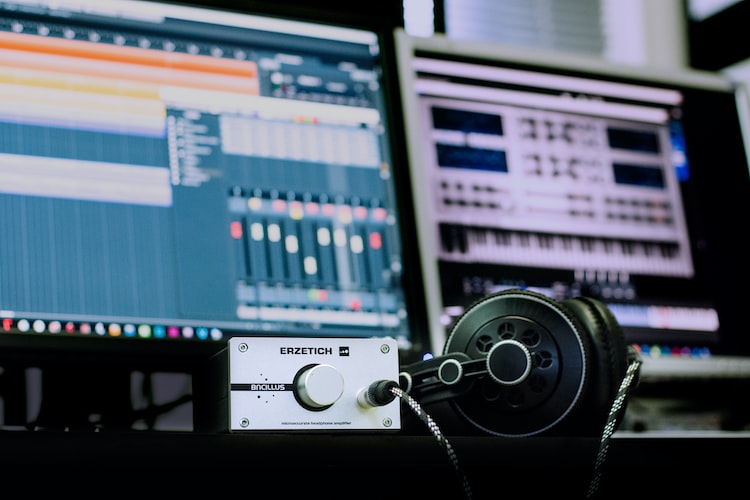 Like any piece of music equipment, the beauty is in the eyes of the beholder. No single piece of software will be right for everyone, and that’s why it’s important to really look inward at your ambitions as an artist before deciding where to invest your time and money for a DAW.

For those looking to start off with a free program, there are plenty of options depending on your computer. But be aware that you get what you pay for, and you will be up against many limitations that paid DAWs do not have.

For those willing to shell out whatever it costs, take your time with a few trial versions of different DAWs before you type in your credit card information. Workflow is incredibly important, and if one DAW just isn’t clicking for you, that’s probably an important sign to follow.

Any cookies that may not be particularly necessary for the website to function and is used specifically to collect user personal data via analytics, ads, other embedded contents are termed as non-necessary cookies. It is mandatory to procure user consent prior to running these cookies on your website.